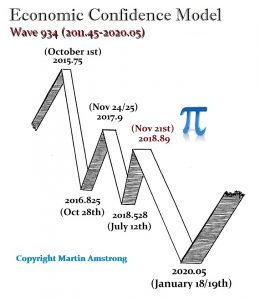 Now look at the bottom of the Kennedy Assassination wave, which was 2015.49 and the peak in the ECM wave itself was 2015.75. Our political model called for the first time a possible third party candidate would win was 2016. We had also warned that 2015.75 was the PEAK in government, but not just the USA, this was on a global scale. The Refugee Crisis in Europe began with Merkel opening the doors to Europe first on August 25, 2015, when she chose to allow Syrian refugees who had already registered elsewhere in the European Union to enter Germany and register there. This temporarily suspended an EU law that requires asylum seekers to be returned to the first country they entered.

Then on Friday, September 4, 2015, Merkel relaxed controls on the border with Austria, allowing tens of thousands of refugees stranded in Hungary to enter Germany. This began Merkel’s so-called open-door refugee policy where she condemned the entire European project. Her actions showed that a single leader of a single EU state could alter the policy of Europe as a whole demonstrating that EU member states became irrelevant. 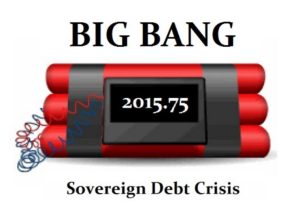 Then 2015.75 was the start of Big Bang, and indeed interest rates went negative in Europe just before that target and going into 2020 there are now $17+ trillion of negative-yielding European debt. The pension crisis has been building ever since both public and private. In Germany, not only are pensions negative but now the for the first time since 2015, statutory health insurance companies recorded a deficit. In Germany, there is a rising political debate about the relevance of the deficit, but it is clear that contributions are likely to increase significantly in the long-term as premiums are raised. 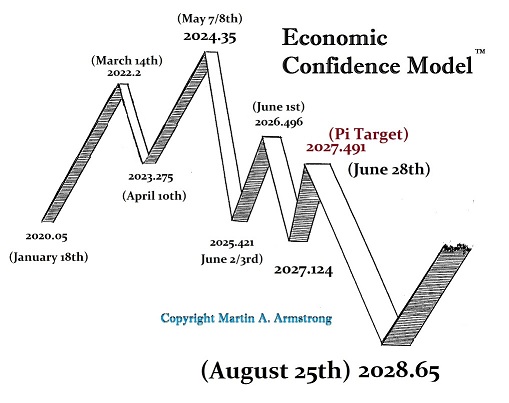 Therefore, on the major ECM wave which applies globally, we see that 2022.2 (March 14th) is the next key turning point after January 18th. That is lining up with many other cycles and it certainly appears that this will be a critical turning point both politically and economically.

Why Has Scotiabank (TSX:BNS) Underperformed Against Its Peers Since March?

Why Has Scotiabank (TSX:BNS) Underperformed Against Its Peers Since March?

pribizco - July 12, 2020
0
The Bank of Nova Scotia (TSX:BNS)(NYSE:BNS) (“Scotiabank”) is one of Canada’s Big Five banks. The Big Five got hammered in March as global lockdowns...

pribizco - July 12, 2020
0
If you have a Gmail account, you’re sitting on a budgeting tool you may not even know about. And it’s totally free. Google Sheets,...
Share Market Pro is your Markets, Finance, and Economy Blog. We provide you with the latest breaking news straight from the Finance Industry.
Contact us: contact@sharemarketpro.com

The ECM & Who to Blame

Social Security is Strong and it Deserves more Support

How to Do Corporate Bailouts Right This Time