What is very clear is that we no longer have a functioning government. This impeachment of Trump has been a desperate attempt to stage a fake impeachment for the election. History will see this as the lowest point in the history of the Democrats. Even Ken Starr, the former independent counsel whose investigation led to the impeachment of former President Bill Clinton, made a very valid point. The impeachment by the House vote to investigate President Richard Nixon was 410 to 4. That was a serious issue. The vote to investigate Clinton was supported by 31 of his fellow Democrats because he committed perjury that would land anyone else in prison for 5 years.

Here in the case of Trump, not a single Republican joined Democrats in authorizing the inquiry or impeaching him. Pelosi ORDERED all Democrats to vote for impeachment. Pelosi brushed off the calls from Republicans to hold a vote that formally authorized the impeachment probe. She has accused them of focusing on the process in the House in an effort to distract from the allegations against the president. She knew the charges were bogus. This has been all about creating a narrative for the 2020 elections. This is an absolute deplorable new low in American politics. Pelosi herself has abused her power to shove this impeachment down the throats of all Americans. 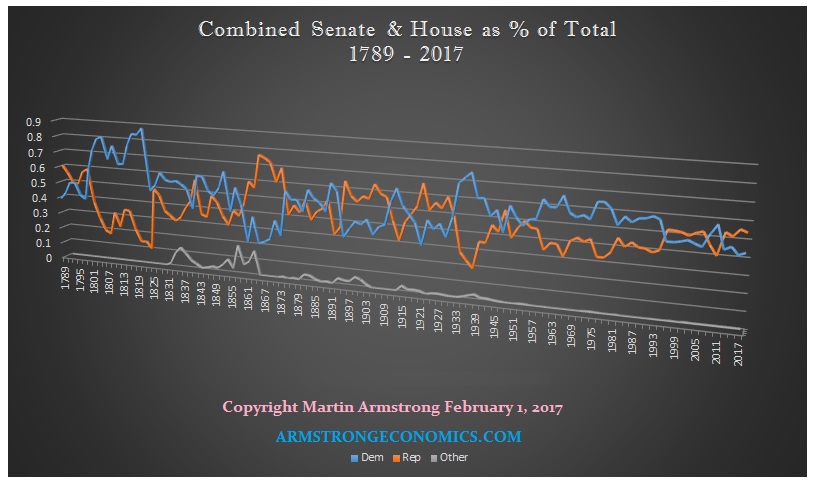 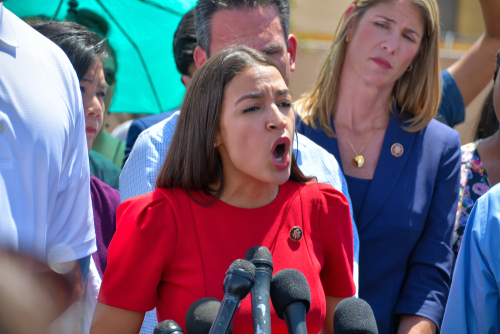 This is the downward spiral we now face into 2032. There is no coming back. The Democrats have burned the bridge. Bipartisan government has died. Our model has been showing that the Democrats may self-destruct. They have been in a major bear market ever since they championed slavery against the Republicans led by Abraham Lincoln. They have been making lower highs even with Roosevelt during the Great Depression. Post-Roosevelt, they have been making lower low and lower highs which is the classic sign of a bear market.

Pelosi may have destroyed the Democratic Party and our model keeps warning it may split. The Moderate Sensible Democrats may lose their seats because of what Pelosi has done. If the radical left like AOC lose to the moderate democrats because of her narrative over this impeachment in a desperate attempt to create an issue for the campaign, this strategy may seriously disrupt politics going forward.

French President Macron Calls for a ‘New Political Order’ in Lebanon as He Visits...

pribizco - August 6, 2020
0
(BEIRUT) — Residents of Beirut vented their fury at Lebanon’s leaders Thursday during a visit by French President Emmanuel Macron, blaming them for...

pribizco - August 6, 2020
0
Every year during the first two weeks of August the mass news media and many politicians at the national level trot out the...

pribizco - August 6, 2020
0
Drift, a revenue acceleration platform, has launched Drift Prospector, a new tool that aims to help sales and marketers accelerate revenue for their...
Share Market Pro is your Markets, Finance, and Economy Blog. We provide you with the latest breaking news straight from the Finance Industry.
Contact us: contact@sharemarketpro.com

Hoisted from the Archives: From 2007: Your One-Stop Shop for All...